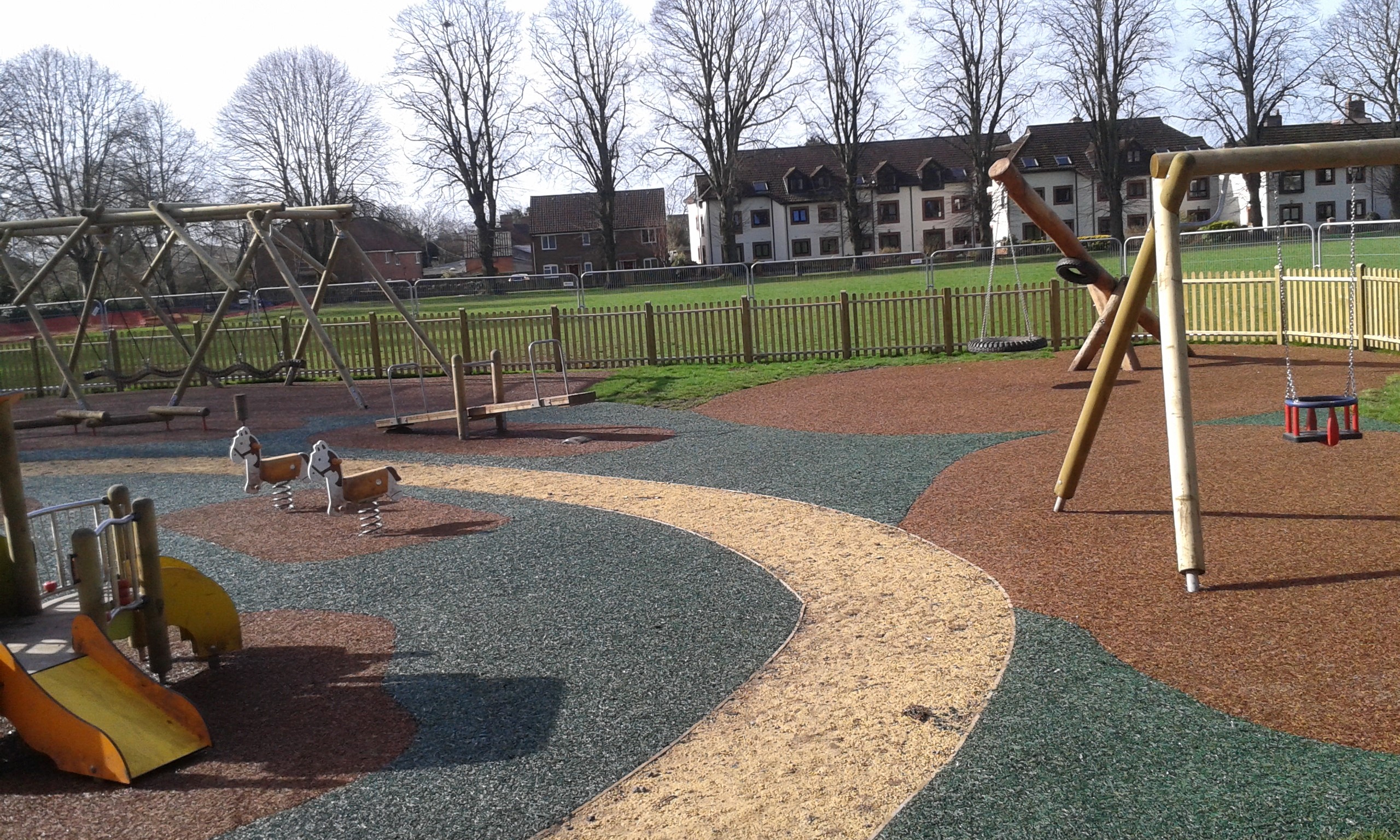 The Recreation Ground in Wells, Somerset, sits right next to the cathedral – a beautiful location.

This large playground was originally surfaced with grass mats. However, as the Recreation Ground is located on a flood plain this turned out to be the wrong choice. At best, the ground could be described as ‘soft’. In wet winter conditions it was a bog, and the grass mat surface was simply inappropriate for this location. The Council received numerous complaints that the area was unusable for large parts of the year. Mendip District Council chose us to rectify the problem. Despite the fact that we did not provide the lowest cost to do the work, they still wanted to use us because of our advice and our reputation for quality and experience.

Other companies had suggested the a mulch surface could be laid directly onto the existing soil, and that this would solve the issue of the playground being out of action in the wetter months. This was nonsense. The new safety surface had to have an engineered sub base in order to provide drainage and, crucially, ensure that the surface would not settle. Without the sub base undulations and potholes, filled with mud and water, would develop in the surface – an awful and depressing situation! This would have been a disaster, given the original problems with the grass mats and all the complaints associated with them.

We spent four weeks on the site installing the sub base and the surface – about 800m2. We used green TigerMulch for the path and an Autumn blend for the surface below the play equipment. The result is an area that is colourful, hard wearing and free draining.

Get in touch today